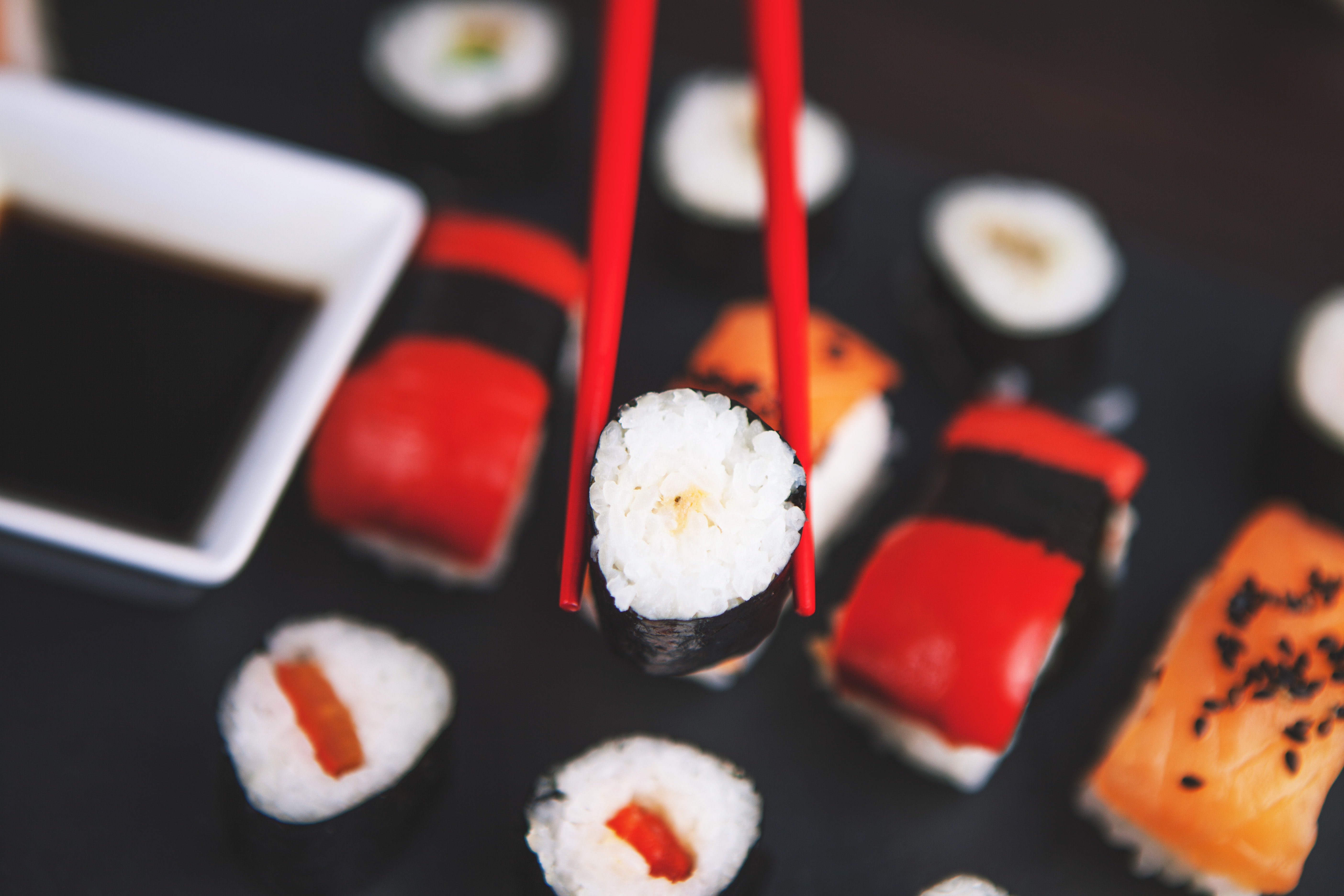 The author recently spent several months in Japan, soaking up the deep heritage, getting to grips with the longstanding cultural traditions, and most importantly trying to navigate the plethora of Japanese food

Japanese Food : From Another World

At first Japanese food seems totally alien, with no English on the packaging, the first few weeks were spent trying to figure out what exactly you are eating.  Most of the time you were pleasantly surprised as you tasted all kinds of new and exciting foods, but occasionally you took a bite of something that your taste buds had a hard time agreeing with.

Snack food in Japan is very different to anything you would experience in the west.  There is an abundance of convenient ‘on the go’ Japanese food, and the shopping aisles are bursting with colourful and vibrant snack options.  One of the snack staples and all time favourite of the Japanese are Onigiris, little rice balls or triangles, usually wrapped in seaweed and stuffed with fish, vegetables and pickled fruit.

Almost every convenience store serves hot food, with boiled meat being a particular favourite, as well as a few westernised options that have been adopted from across the Pacific.  Fried chicken seems an unlikely choice, but in Japan they have a strong fondness for this kind of snack, as well as hot dogs on a stick, hash browns and other fried goods.

Food For The Future

Japan has a rich and expansive history, and is one of the oldest societies on earth. Traditional Japanese food is almost exactly as you would find it in the west, made with care from fresh, colourful ingredients, and prepared the same way it has been for hundreds of years.  Modern production methods have allowed for convenience foods to take on a whole new domain of their own, fusing traditional Japanese food and western cuisine into one.