With whisky being one of the biggest exports out of Scotland and the United Kingdom, it is no wonder that the rarest and oldest whiskies, such as the Glenmorangie 25 Year Old, garner the most interest. Single Malt has become a collector’s item and today we are going to look at one of the most collectable whiskies of the lot.

Glenmorangie is one of the biggest single malt producers in Scotland and also one of the most historical. Find out more about this producer and one of its finest malts by reading on.

The distillery itself is based in Tain, in the Ross-shire area of Scotland. It has the tallest whisky stills in all of Scotland and is owned by The Glenmorangie Company Ltd, which also owns Ardbeg Distillery on the Scottish island of Islay.

There has been a distillery on the site since 1843, however, the earliest record of alcohol being produced at the Morangie Farm (where the distillery was based), dates back to 1703.

Nowadays, Glenmorangie is one of the bestselling whiskies in Scotland and has been since 1983. It produces about 10 million bottles per year, 60% of which is sold within the United Kingdom. 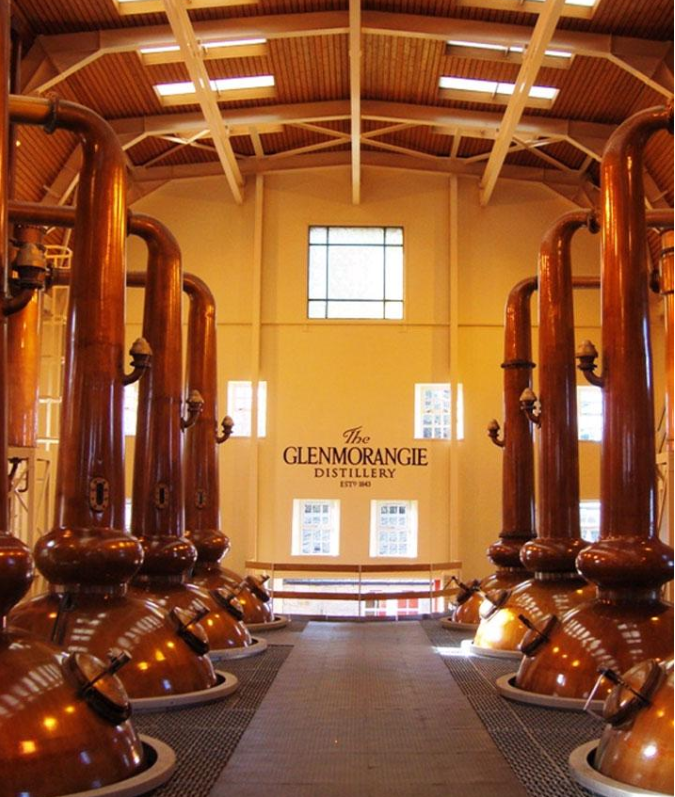 The Glenmorangie 25 Year Old is one of the rarest bottles that the distillery has produced, and this is due to both the age of the single malt, and due to the fact that it was discontinued. Certain bottles were reproduced, but only a few remain of the discontinued line.

The 25 Year Old benefits from being matured in a number of different casks before being blended exactly together in the right proportions. The casks used to create the rich flavour include Oloroso sherry casks, French Burgundy casks and American White Oak casks.

For first impressions, the whisky will be fruity, deep and dark. It will have notes of cocoa and coffee balanced with the plummy overtones.

On the palate, this single malt boasts big flavours. The fruitiness on your tongue will bring flavours of blackberries, redcurrants and bramble jelly.

This whisky will linger with you, leaving behind a gentle fruity aftertaste and a warm clove-like spice. 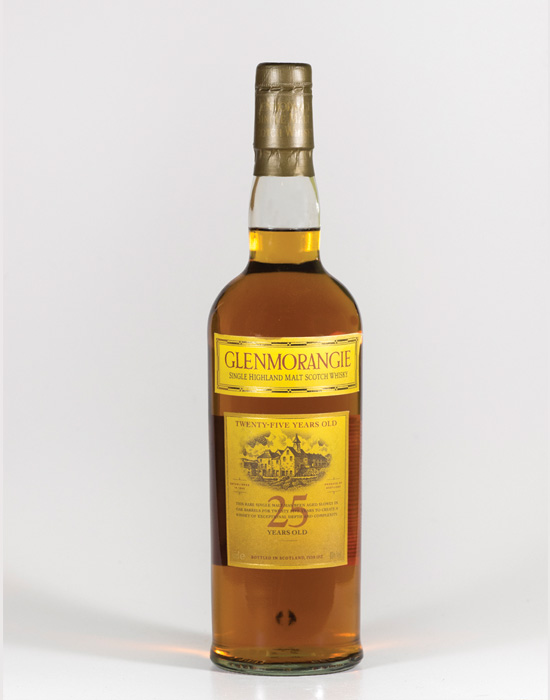 At the moment, only one bottle can be found of the discontinued line of Glenmorangie 25 Year Old. It is being sold by The Rare Malt Whisky Company if anyone would like to obtain a significant piece of the history of single malt. Beautifully balanced and rare, this would be an incredible gift or investment for any great lover of whisky.